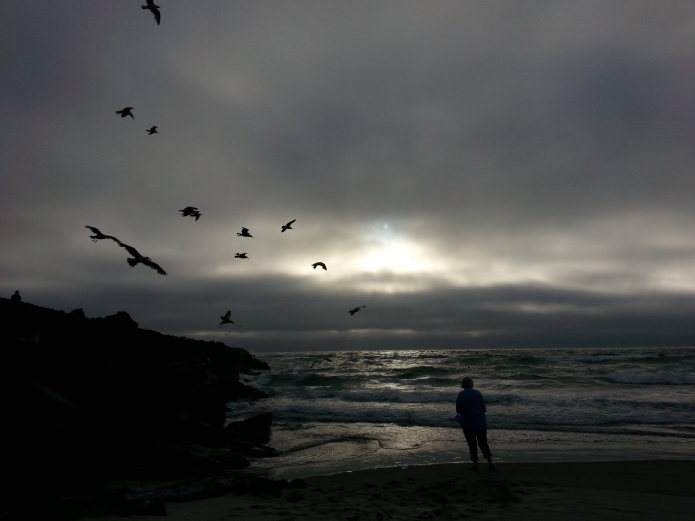 My mother signed off on the 19-year-old farewell letter that was the subject of last week’s installment by pairing two of our most often repeated and beloved axioms.

All my love always to “the pretty one” from “the only one.”

For first-time visitors to this webpage and as a refresher for repeat readers, the words set inside quotation marks are coded messages.  Essentially, they are my family’s encrypted versions of “I love you.”  Like any good catch phrase, there are stories behind these two.  This week I’ll tell you about “the pretty one.”

“The pretty one” is rooted in a tiny little comment I once made to a friendly stranger.  While our family was vacationing in Palm Springs in the late 1950s, someone sitting poolside admired my sister, Leslie, for her intelligence.  As any jealous, bratty little sister might do, I interrupted to sing my own praises.  “And I’m the pretty one,” I said smugly.

That vainly precocious remark drew immediate laughter and a lifetime of teasing.  I know when my mother or other family members have repeated it, they have done so with fond amusement.  The sad thing is that, deep down, I actually believed it for years.  My dark-haired, slightly plump sister was the smart one.  I was the pretty one with blond hair and a slim build. 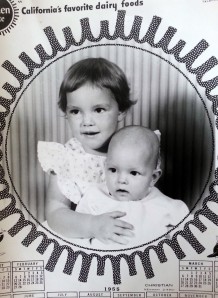 In reality, Leslie and I are both smart, but for the record, she is far prettier than I ever was.  I came to this belated conclusion several years ago while browsing through family snapshots and portraits.  It isn’t because recent images document that I am no longer blond and slim, and she now wears clothes that are smaller than mine.  It isn’t because she won a baby pageant long before I arrived.  It’s because in every photo of my sister, her genuine inner beauty shines through on her kind face.  She has a pureness about her that is rare.

Our paternal grandmother used to say, with a slight Texan accent, “Don’t be ugly.”  She meant, “Don’t be mean.”  Well, my sister could never be “ugly” if she tried … on the inside or the outside.  To finally, fully understand this beautiful truth, and to profoundly appreciate her presence in my life, is as powerful as it is humbling.

As noted in last week’s installment, Leslie was the daughter who was seemingly destined to take care of our mother in her last years.  Destiny laughed in our faces, but she was always just a telephone call away.  Whenever I was frustrated, tired, confused, scared, feeling sorry for myself, or otherwise in dismay about the sometimes leaden weight on my shoulders, normally all I had to do was talk to her to regain balance.  When that didn’t quite do the trick, she was knocking on my door within 24 to 48 hours.

Over the years, she sacrificed hundreds of hours of sick leave and vacation time to travel from Oregon to Nevada and camp out in our guest room for a few days, a week or longer so I could have an occasional break.  She took charge the moment she walked inside; determined to minister to every adult, child, dog or cat within her loving reach.  I practically melted into her arms with each hello and, of course, Mom was always overjoyed to see her O.D.D. (Older Darling Daughter).

Together the two of them would check things off the “honey do” list Mom assembled between visits.  Whether it was a special shopping trip, adding information to the family tree books or whipping up a mouth-watering new recipe from a magazine, they accomplished things that I typically did not have the time or energy to tackle.  I often told Mom, with a good-natured chuckle, that I felt like the proverbial custodial parent because the non-custodial parent racks up points for doing the fun stuff.

Yes, the three of us made an unbeatable team.  We were blessed with support from other family and friends, and I will mention them as this story unfolds from week to week, but today is all about my sister’s unselfish devotion to Mom and to me.  My ardent prayer is that every primary caregiver everywhere has someone like her on their side.  She was there through the good and the bad, until the end.

There are certain pivotal moments in our lives that we can never forget.  Willingly or unwillingly, we relive them as if they happened yesterday.  For me, one of those moments was Mom’s final breath.  The funny thing is, I didn’t actually see it.  I knew Mom’s breathing had become more ragged that icy December morning as she lay immobile in her hospice bed.  Regardless, it took me by surprise when she suddenly drew a deep, shuddering breath, exhaled loudly and then was utterly still.  Hastily, I beckoned Leslie into the bedroom.  Neither of us moved a muscle or breathed ourselves until Mom’s breathing suddenly resumed.  I stepped into the hallway and turned on my cell phone to anxiously try to call our brother back from an errand.  It was in that instant Leslie ended up being the one sitting at our mother’s bedside when she finally did take her last, trembling breath.

No one would blame me if I said I felt guilty, cheated or disappointed that, after caring for Mom so many years, I should miss those last few seconds.  On the contrary, I find it poetic that Mom’s firstborn was alone with her.  The pure, unrehearsed beauty in it breaks my heart.

The family gathered at the Oregon Coast six months later to share memories, sing songs, and set Mom free at one of her favorite spots.  At dusk, I realized I had forgotten to scatter the pale pink petals I had collected from Mom’s Nevada rosebush.  Leslie and I drove alone to the seashore, walked barefoot out to the waves, and gently let the water and wind carry the petals away.  I stepped back a ways and, without her noticing, took several of the most precious photographs one could hope for on such a solemn day.  They capture my pretty sister in the fading light saying good-bye to our sweet mother on a serene beach with a company of seagulls on patrol.

If you haven’t already come to this conclusion, the title of today’s installment is not just a reference to my mother’s coded message at the end of her farewell letter.  It is my heartfelt dedication of this essay to my sister … our mother’s Older Darling Daughter … and my hero.

“To The Pretty One.”

4 thoughts on “To The Pretty One”