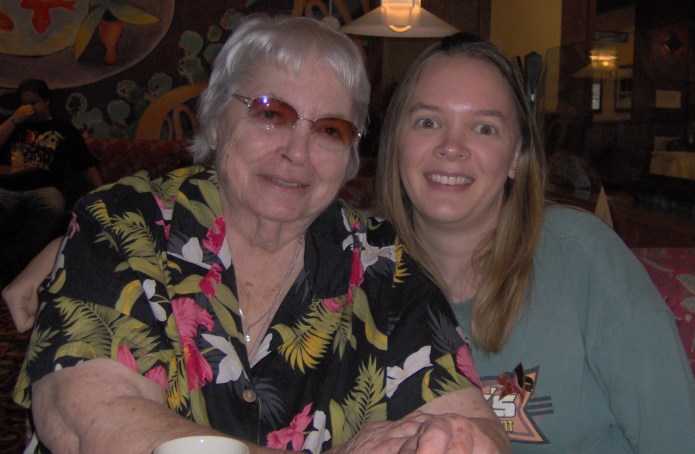 It seems that the Part Two’s of my weekly column sneak up on me. I don’t go into a writing session knowing that a particular topic is going to require two chapters. Usually the notion evolves as I watch the words fill up the blank pages on my computer screen, and I realize there is more to say than will fit neatly into one edition. This week, though, it came to me in a hospital emergency room on Christmas Day. By the time twilight fell on that most magical of dates, I had found new meaning in the words that formed the basis of last week’s message.

I wasn’t at the hospital for myself. My 37-year-old daughter called at about 9 a.m. and asked for help because a gland in her neck was so swollen that it was gagging her. I picked her up and we drove the 20 miles from our one stoplight town to the nearest open medical facility – the lone hospital in our state capital. She completed the required paperwork, and we steeled ourselves for the long wait that is inevitable for patients who aren’t experiencing chest pain or don’t arrive by ambulance. The cheerful registrar switched the waiting room television to a marathon of A Christmas Story, and we settled in to watch Ralphie pursue his dream of owning an official Red Ryder BB gun with a compass in the stock and “this thing which tells time.” 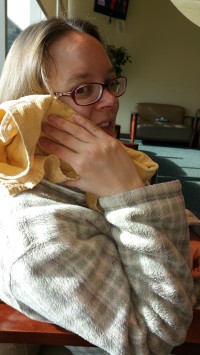 Just as we were beginning to feel restless, a woman whose fingertip was on ice in her husband’s pocket and a tow-headed toddler who had been bitten in the face by her grandmother’s dog came through the double doors. Their ghastly calamities curled our toes and made us grateful for our relatively mundane circumstances. A few minutes later, my daughter felt guilty hearing her name called before theirs until a nurse explained that they were on a different treatment track.

Once in the exam room, it was amazing how suddenly our circumstances changed from mundane to alarming. It wasn’t a run-of-the-mill swollen gland – the kind that typically accompanies a cold or an ear infection. It was an acute inflammation of a parotid (salivary) gland, and the doctor was concerned about the same thing my daughter had been worried about – that the severe swelling would soon interfere with her breathing. Almost in the blink of an eye, blood was drawn, an IV was inserted and my daughter was moved to the imaging room for a CT scan with contrast dye. The commotion made her sick to her stomach and, afterward, she just wanted to relax under a warm blanket.

We waited quietly for the results. There was no television in the exam room and not enough bars on our cell phones to make calls. I could only keep the family at home apprised of the goings-on through text messaging and social media. We speculated about what they were doing without us, and my daughter thanked me for giving up the holiday for her.

“Jennifer,” I said to my precious girl, “there is really no one I would rather be spending time with on Christmas Day than you … even if it is in a hospital emergency room.”

It was the truth. I love everyone in my family with all my heart and would go to the ends of the Earth for any one of them. There is something just a little bit different, though, between a mother and daughter. That something different is what I write about every Sunday in this column when I share stories about my mother, our lengthy caregiving relationship and the pain of losing her. This week I’m bringing in another generation; not only because of our Christmas misadventure but because my daughter played a large part in keeping my mother safe at home while I worked. For 8½ years, in fact, she spent more time with Mom than anyone but me.

The arrangement with Jennifer couldn’t have been more perfect. In the beginning, it was convenient for her because her children were really just babies. She could make a little money as Mom’s caregiver, drive only a few short blocks between our homes and bring the children with her. It was equally beneficial for Mom. Grandmother and granddaughter got along famously, and Mom had a front row seat to her great grandsons’ childhoods. The work itself was not taxing for Jennifer. In those days, preparing meals, stand-by bath assistance and laundry were about the only tasks on her list.

As the years passed and Mom’s health slowly declined, the caregiving arrangement elevated from convenient for the two of them to critical for me. There was no one I trusted more completely than my own daughter to take good care of Mom and have free reign in my home at the same time. It was not only trust that gave me confidence, though. By nature, Jennifer is very pragmatic and cool-headed. Those characteristics came in handy on more than one occasion. The most memorable was the day she called me at work and casually made small talk for a few moments before calmly saying, “Grandma and I need your advice about something.” I responded somewhat distractedly, “Uh-huh. What is that?” When she said, “Well, Grandma fell and …,” I didn’t even let her finish her sentence. I’m normally fairly good in a crisis myself but this was one of my worst fears – that Mom would fall and break a hip. “She fell?” I shrieked. 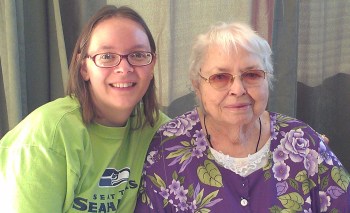 Jennifer’s unshakable composure as she related the incident was palpable, and I felt my panic dissipate with the steadiness of her tone. As Mom’s doctors had predicted, the best thing we could hope for if she lost her balance was that someone nearby could help break her fall. That’s exactly what Jennifer did. As a result, Mom was not seriously injured; just bruised. However, she was unable to get up even with Jennifer’s help. The most concerning thing was that she had taken her insulin shot immediately before falling and was now supposed to be eating lunch to counteract the dose. We strategized to avoid a diabetic crash; I hung up the phone and started home.  By the time I arrived, Mom was peacefully finishing her lunch while propped up against a kitchen cabinet with a pillow behind her. The three of us tried unsuccessfully to get her back on her feet before calling the local paramedics for assistance. Within 10 minutes, she was resting in her recliner in the living room watching television as if nothing had happened. I was never so grateful for Jennifer’s “all in a day’s work” attitude.

Years continued to pass, the children started school, and I became increasingly dependent on Jennifer to help keep the household running smoothly. She prepared shopping lists when we were low on Mom’s favorite foods, scheduled and trained secondary caregivers, looked after the dogs and sometimes took Mom to a medical appointment if I had trouble arranging the time off work. On many occasions, she matter-of-factly handled situations and messes that would repulse people with weaker constitutions. Between chores, she and Mom talked about their favorite fantasy books, watched forensic crime shows on television, poured over family photo albums and talked about the old days. I sometimes found myself envious of their easy relationship.

At least once or twice over the years, Jennifer thought she might like to do something with her life besides care for her grandmother, but she was determined to see things through to the end. By the time Mom made her final departure in December 2013, Jennifer knew she had been incredibly fortunate to know her grandmother more intimately than most grandchildren could ever hope to imagine. Likewise, Mom was well aware how fortunate she had been to spend her waning years in the care of someone who loved her unconditionally.

Unconditional love was also present in the hospital emergency room this past Christmas Day … that and an enormous sense of relief when the test results showed Jennifer did not have an abscess that needed to be drained on the spot. She was released with a strong antibiotic and instructions to apply an ice pack every couple of hours. On our way home, we agreed that Christmas Day had not only been all right but would most surely become the stuff of family legend.

Back at her house, with the rest of the family gathered around, I handed Jennifer her traditional gift from me – a red-nosed Rudolph for her collection. This year, I had also found a greeting card with the most famous reindeer of all on the cover. What a jolly coincidence that it read: “Hope your Christmas is so merry it’ll go down in history.” After adding, “To my Jenny, the best daughter in history,” I signed off with almost exactly the same words my mother had written to me …

I love you always, Mom xo 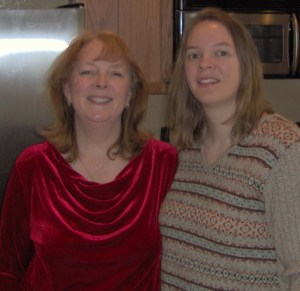 Jennifer and Me – Thanksgiving 2006