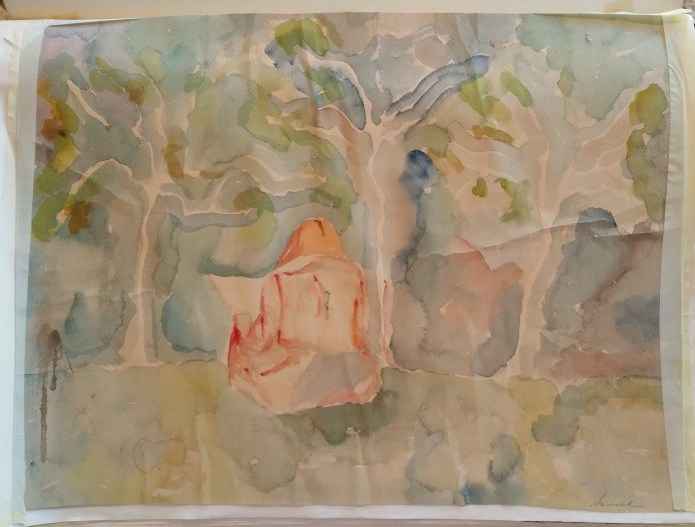 Forrest Gump famously said that his mother compared life to a box of chocolates because you never know what you’re going to get. My mother had an opinion on life as well, but it was a little more fruity. Depending on the circumstances, life could either be a bowl of cherries or a bowl of cherry pits.

In the latter half of the 1980s, Mom and I repeated the cherry pit version often. We would laugh each time we said it, but it wasn’t really very funny. During those years, Mom lost her little home on a forested acre with a creek running through it because she couldn’t afford to install a dedicated water system as the bank required for refinancing. That meant she was unable pay off a 10-year mortgage balloon on her private contract, and the house reverted to the former owner. Also during that time, she spent the last year of her career working as the administrator of a nursing home that was in danger of closure due to licensing violations. The corporation she worked for gave her the assignment because they trusted her to bring the facility into compliance and, indeed, she did. However, the stress was monumental. All the while, she was living in a rustic geodome without water or heat on a friend’s property.

As for me, I was burned out as the editor in charge of the content of eight neighborhood newspapers in the city of Portland. Although it may sound like an important job, it didn’t pay particularly well. Neither did my husband’s job, so we were constantly counting pennies. At least we were when we were together. In 1988, we hit some bumps in the marital road and split up for several months. The same year, my mother-in-law succumbed to a six-year battle with lymphoma. That was in May. Two months later my father died unexpectedly during orthopedic surgery. My parents had lived apart for years, but his death hit my mother hard nevertheless. Looking back, it’s no wonder that she and I periodically shook our heads and, with utter resignation, made the cherry pit comment. 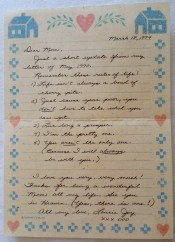 By 1994, both of our fortunes had changed. Mom had retired and realized her dream of moving to the Oregon Coast. I had embarked on a more fulfilling and financially stable career in public service and happiness had been restored to my marriage. In a just-in-case farewell note I wrote and tucked away for Mom that year, I documented five rules of life. A few I’ve covered in this column because they were also among the posthumously delivered farewell notes Mom left for me. Live long and prosper. I’m the pretty one. A more uplifting version of Mom’s personal mantra, I’m the only one. In the Number One spot was the Joie de Vivre we had lost for a while.

Whether you compare life to a box of assorted chocolates, to juicy cherries or to the ugly pits, the fact is that life is an ever-changing adventure. One day can be entirely different from the next. Grief is of the same nature.

Over the nine months or so since I started writing this column, I’ve sometimes gotten lost in the joy of remembering my beautiful, funny, sometimes weird, always wonderful mother. Some weeks, though, I’ve found myself slipping backward into sorrow. During those times, I would trade all the sleep and personal freedom I now have for the pleasure of helping her in and out of bed, escorting her to the bathroom, preparing her meals, managing her medications and otherwise caring for her 24 hours a day, seven days a week.

These past few weeks have been like that. I miss her so much that my heart aches. Even with other family and friends close by, I feel lonely. Talking to a peer the other day about the tough choices she is faced with concerning her elderly parents, I was secretly envious because she still has her folks … even if they are in fragile health. I want my mother back, gosh darn it.

It started because I discovered something tucked away in her closet that I didn’t expect. It was a surprise, a delight and a source of agony all at the same time. Three big scrapbooks full of memories.

I knew the scrapbooks were there; I just didn’t know what was in them. I found out while searching for documentation of a particular event in Mom’s life. I wanted to see if, by chance, she had saved the program from the Christmas Day party aboard the battleship U.S.S. Oklahoma in 1937 when she received her first doll. I didn’t find that particular item, but the pages were filled with so much more. 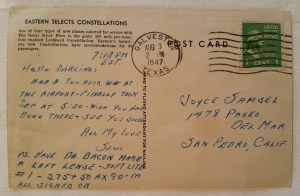 Inside one of the scrapbooks were touching mementoes that celebrated both special moments and everyday occurrences. A postcard my father sent from the Gulf of Mexico in 1947 was full of passion and love, along with a P.S. to order a new lens for his glasses while he was away. A 1977 letter from my grandmother shared all the family news from afar. A pocket pasted to one page held poems, songs, quotations and toasts that Mom explained “all meant something and touched the inner me in some way.” Another pocket held a multi-page love story she wrote when she was a pre-teen. Roughly the second half of the scrapbook contained page after page of drawings, stories and cards from her children and grandchildren.

Another of the three scrapbooks was home to dozens of examples of Mom’s artistic gifts, including a self-portrait etched in charcoal in 1949. I browsed through the drawings with interest and appreciation until one page stopped me short. I immediately felt a lump in my throat and tears stinging my eyes. I was looking at the faded remains of a once beautiful watercolor Mom painted for a community college class that we took together in the spring of 1974. Our instructor sent us into a wooded area adjacent to the campus and told us to paint what we saw. I was in front of Mom. She painted me amongst the tall trees and bushes. As I gently ran my fingertips over her brushstrokes, I was overwhelmed with longing to share the moment with her. Instead, I texted my sister, who said she knew about the contents of the scrapbooks since she helped Mom fill them. Even in a text, I was too choked up to say little more than, “Well, I did not.” 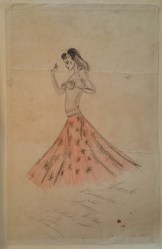 My sister commented that, for Mom, the scrapbooks were “a work of undying love for her family.” How I miss that love right now. Friends tell me that the love is still there or that I will see her again when it’s my turn to Walk into the Light. Of course, there is truth in those words. But when I go into Mom’s bedroom, today’s reality is that she is not sitting in her recliner watching the birds in the trees that my husband and I planted by her slider. She is not napping peacefully in her bed with her oxygen machine rhythmically pumping nearby. She is not there to talk to me, smile at me, laugh with me or cheerily greet me with a lyrical, “Hello, Laurie Joy.” She will never be there again.

Never. For those coping with grief, that word cuts like a brutally honest knife. The only thing that can dull the pain is time. The most we can hope for is to cherish our memories and move on in a way that would make our departed loved one proud. Through this column, I have been able to bring my mother’s memory to life for family, friends and other interested readers. I’ve often felt as though she has been standing at my shoulder whispering in my ear, “Put in this. Don’t say that.” I hope that she is proud of the result. 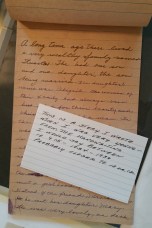 What I think she would most be proud of, though, is any success I may have in moving on with my life after 12 years of sharing a home with her and caring for her. It’s not an easy task, especially when every room in our house is filled with reminders that she is gone. But I am trying. I just have to remember that some days are always going to be better than others. As the late singer-songwriter John Denver once sang, “Some days are diamonds. Some days are stone.” And to paraphrase what Mom and I used to say …

Some days life is just a bowl of cherry pits. Other days you get the cherries.

Here’s to more days full of ripe, juicy cherries. As for the pits, well, I guess when you think about it, they aren’t really so bad. Pits are the seeds that grow into the trees that produce the cherries that fill the bowls. With apologies to Forrest, you can’t say that about a box of assorted chocolates. 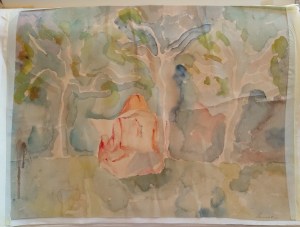